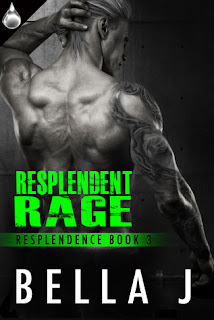 What do you do when your heart wants something you know you can never have, yet you can’t imagine living without it? When you finally look into Caribbean blue eyes and know they will mean the end of you?

What do you do when you lose your heart … and then she gets taken away from you?

Jax Buchanan had a plan—a plan to start over, to somehow leave his past behind, and this plan sure as hell did not include her. But when Jax first laid eyes on the flaming redhead, he knew that Kim would be the one to tame him. She had the power to disarm him, to bring him to his knees, and to make him want something a man like him should never want … a future.

Since being with her was not an option, Jax desperately fought against his growing feelings for Kim. It was the only way he knew how to protect her. Yet the more he fought, the more he tried to keep his distance, the harder it became for him to deny his desire for her.

But somehow Jax screwed up … and now Kim is gone—taken by a psychopath with no conscience, who would do anything to get Jax’s cooperation in one of his twisted endeavors.

Now it’s up to Jax to save her, to take back what has been taken from him...

And he would crawl through Hell to get her back.

WOW...Well I guess I will just dig right into this one...First we meet Jax Buchanan-who has come up with a plan...to leave the past behind and start over...but how to leave Kim out of his mind was way to hard...and now Kim is gone...taken by a psychopath with no conscience...so it's definitely up to Jax to get Kim back for himself...and for himself to save her...Had a blast with this book..since Jax is the main character...I didn't really get to know much that I would have liked about Kim...But just JAX was definitely enough to handle! Thanks to the author for doing what you do for us readers!