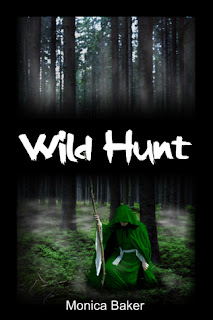 Love, it knows no boundaries......including that of time. Wild Hunt is the tale of love and its boundless, unforseen connections, in which our characters find themselves questioning the very fundamental ideas of 'appropriate' love... What Angrboda hoped would be nothing but a 'single slip', instead finds herself in the same place as Loki's wife...she finds herself wondering what Loki is up to, and confronts the idea that she may lose him forever...Will this love finally be the undoing of Loki? Or will it serve as a testament to the idea that love is eternal...

Had a blast with my adventure with Angrboda & Loki...It was a bit shaky...but i really enjoyed this book! Thanks Monica!

My Review: The Agency by Jessica Page 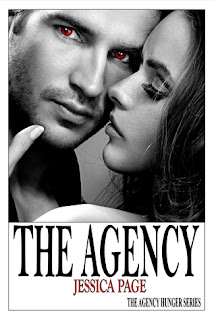 HARPER ANDREWS, is a mind reader who has no idea how or why she is the way she is. After being saved by Agent Reid Doyle from a vampire attack she is introduced to a secret world guarded and protected by the Supernatural Enforcement and Control Agency (SECA). A world where vampires, werewolves and mages are normal and humans are at the bottom of the food chain. Things are not perfect but she finds herself thriving and feeling at home for the first time in her life.


AGENT REID DOYLE, is a vampire who likes his solitude so the last thing he wanted when he saved Harper was to have to spend more time with her. The fact that he's attracted to her is inconvenient and he resents having to be responsible for someone else. Losing another loved one is out of the question and he intends to avoid it at all cost.


Both Harper and Reid can't seem to turn off their attraction for one another and love, sex and blood has a way of complicating things quickly in their world. They need to stay focused and find out who's responsible for the vampire caused human murders with additional internal and external threats working against them. Choices will be made to protect the things and people they love, choices that will change everything, including each other.

Had a blast going along on the ride with Harper & Reid they tried so hard not to attract each others resistance for each other...but they failed...I thank Jessica Page for giving me the opportunity to read her book believe me it was time well spent!

P.s. Jessica you definitely deserve the 5 Star for this one...hope the weather is well in Ontario for the rest of the Summer...!!! All the best in your future writing! Would definitely love to read more! XXOO 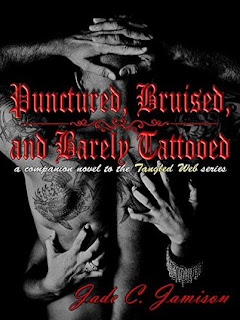 COMPANION NOVEL to the TANGLED WEB series
Kory McCallister has had her eyes on tattoo artist Stone Bowman for quite some time—so long, in fact, that no other guy will do. Stone pushes every turn on button Kory has—he’s tattooed from head to toe; he’s hot; he’s funny and charming; and he’s also mysterious. So when Kory’s friends dare her to ask Stone out on a date, she can’t believe she actually finds the guts to do it.
More surprising? He takes her up on the offer.
She discovers that, while his past might not be quite as dark or mysterious as she’d imagined, it’s bigger than she’d expected, and it’s something she will need to contend with if she decides she wants to keep him around to color her life for good.

Well Jade I'm going to hand these 5 Stars over to you...i had a blast with Kory & Stone...What an awesome adventure...when i get a chance i will be definitely be reading more of your books in the future...take care and enjoy! 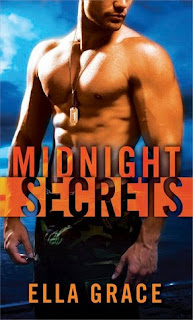 AT THE STROKE OF MIDNIGHT, THE HEAT BEGINS

On a hot southern night, with a storm on the horizon, a family is shattered. Three beautiful daughters—Savannah, Samantha, and Sabrina Wilde—go on with their lives, each significantly changed, as they bear the memory of the murder-suicide that killed their parents. For years, they have stayed away from Midnight, Alabama. Until Midnight calls them home.

Savannah is the first one back, when a grueling case in Nashville leads the young prosecutor to seek shelter in the quiet of the once grand Wilde mansion. But when she finds letters casting doubt on her family’s dark, shameful past, she realizes that peace in Midnight is a shallow façade and sinister secrets lurk beneath the surface. Zach Tanner, once the town’s bad boy, is now the new police chief and still has a wild hold over her. Zach can feel it, too, but he hurt Savannah once. As teenagers, they broke every rule together. Now it’s his job to keep her safe, even though he isn’t sure who her enemies are—or which ones might be his own.

Well had a blast with Savannah & Zach...Thanks for the adventure Ella Grace...I cried, I laughed, I even felt emotions i never thought i knew possible...Thanks again!

Posted by Unknown at 8:25 PM No comments:

My Review Of Long Lonely Nights by Marla Monroe! 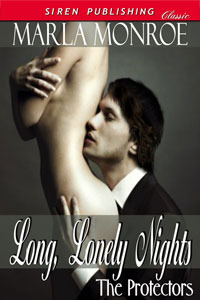 [Siren Classic: Erotic Contemporary Romantic Suspense] Logan Henderson retired from the army after twenty years of service and nearly dying on his last mission. When his neighbor begins having trouble with a stalker, he takes it upon himself to watch out for her. The problem is that he lusts after her as he watches her. He believes he is too rough of a lover for someone like her. Somehow he has to keep her safe from not only the stalker, but from him as well. Tina Antonelli works as a coding consultant during the day and spies on her hunky neighbor at night. When the man who attacked her a year ago but was never caught returns to stalk her, Tina accepts her neighbor's offer of help. But will her attraction to him lead to even more problems?

Had an awesome adventure with Logan & Tina...wow very hot book...It was definitely hot in all the right places!